Experience a world full of Adventures 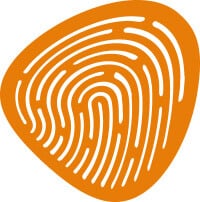 Offering you and your team an unforgettable adventure!

Together you´ll search for hidden hints and objects. Combine these in a clever way while acting as a team, you´ll succeed in solving our riddles which brings you closer to the success.

…or as a gift. Feel free to buy a voucher!

How to play Enigmania´s escape rooms?

2. Go to one of our mysterious rooms.

3. Look closely at your surroundings.

4. Find clues and combine them.

You enter a room. The door closes. You only have 60 minutes to complete a mission! How? By combining hidden hints and solving exciting tasks. Good teamwork will help you with this challenge! Are you ready for this kind of thrill? Then jump into a movie-like adventure with friends and family. At our escape games in Dortmund we offer various exciting scenarios and missions that you can tackle as a team.

What sets enigmania apart from other escape game providers?

An enthusiastic team, great atmosphere and exciting missions! In addition, with us up to 12 people can participate in an escape game, which is possible in Germany only with a handful of providers. As a rule, the upper limit is 6 participants. As a further unique feature we can currently play up to 70 people in parallel. In addition, we have built one of our escape rooms twice so that two teams can compete in parallel for the same mission.

This makes an escape game event with us also very suitable for clubs and companies as a team-building measure or for larger groups at a bachelor party.

Our escape games are suitable for almost everyone. Whether friends, families, bachelor parties, companies, clubs, tourists, children, beginners or experienced escape room gamers. Every Escape Game fan gets his money’s worth in our premises in Dortmund.

How to book our Escape-Rooms?

For the booking of our Escape Rooms we recommend the item “Prices & Booking” on our website or the telephone reservation. On our website you can see directly, which appointments are assigned and which are still free. A spontaneous visit with us in Dortmund is possible, however, only in rare exceptional cases a spontaneous escape game can be played. Spontaneous escape games are so difficult to realize because it is a peculiarity of Escape Rooms that you as a customer is consistently accompanied by a game master. Accordingly, such should be organized spontaneously, since only so many are on site, as well as games were booked in advance.